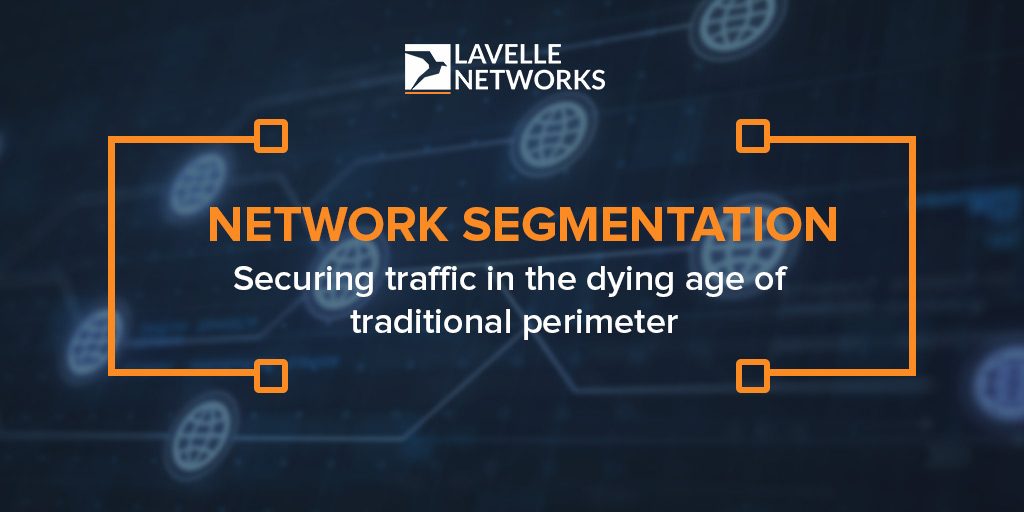 Enterprise Networks are subjected to meet sudden business changes and requirements. In doing so, networks become vulnerable. In worst cases, it turns out to be the next WannaCry, Petya, or NotPetya. Evolving traffic patterns of the cloud era have increased the focus on network security. Not so surprisingly, Gartner highlights a rise in security investments for cyber/information security by 55%. And as security measures proliferate, network segmentation hits a new radar in the IT security tech stacks.

Network Segmentation with the Perimeter

In most enterprises, network segmentation is used with a perimeter firewall. In addition, Intrusion Prevention System (IPS), Advanced Threat Prevention (ATP) is applied to guard the network perimeter. vLANs and vRFs are the two most common types of network segmentation methods used by networking teams. VLANs provide only site-specific segmentation and on the other hand, VRFs are used for complex wider deployments.

In the perimeter firewall approach, the enterprise network is divided into many smaller networks to reduce the impact radius in the advent of an attack. Further, to control the communications between hosts and services, specific rulesets are developed and applied to each (host and services). Each host and network segmented and segregated at the lowest manageable level. Routers divided the network into separate smaller networks using Virtual LAN (VLAN) or Access Control Lists (ACLs). Network firewalls are then put into action to filter network traffic between segments, and host-based firewalls filter traffic from the local network adding additional security.

The surge of cloud, distributed network architecture, and the internet has compelled enterprises to augment end to end network segmentation beefing up security with the network infrastructure. The need of the hour for enterprise IT teams is to able to separate different types of traffic using segmentation that can scale i.e allow IT teams to create multiple segments across the enterprise network, creating a new set of standard protocols.

Today’s dynamic IT teams segment new age traffic intelligently and automatically with an intent driven approach. Using software-defined WAN, IT teams are able to manage and configure necessary activity proactively and continuously to reach the desired outcome. No more manual configuration is required. IT teams can simply define segments and assign policies to each. For example, rules are applied as per VPN and firewall segments, and security policies are applied to each individual segment. These policies are automatically applied across edges and cloud. Via intent based segmentation such as ScaleAOn, each segment is automatically isolated with respective policies carried across the WAN.

Further, as WANs become more App friendly, advance segmentation techniques like micro-segmentation is emerging as a beneficial way to enforce security with a nicety – allowing networking teams to breakdown segments further at the level of application and users. Hence today when networking teams are expected to keep WAN always ON, automated policy-based network segmentation is critical to ensure defences are also ON. The end result is an enterprise network that is agile and easy to control, and that provides secure segmentation of traffic as per enterprise business demands.

Is WAN Optimization Dead in the age of SD-WAN?
Network Segmentation: Secured Intent Based Private Networking