Is WAN Optimization Dead in the age of SD-WAN?

Blog » Is WAN Optimization Dead in the age of SD-WAN? 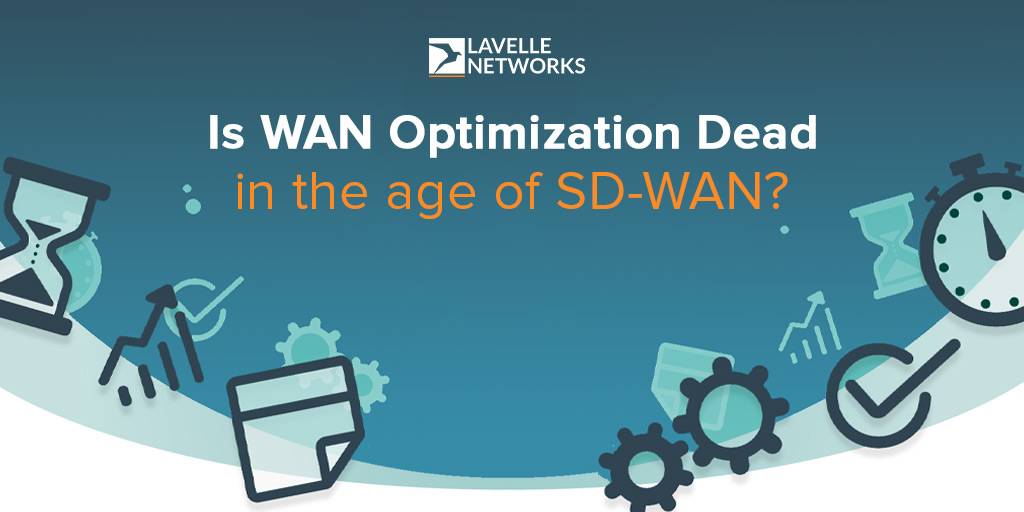 First, the surge of cloud traffic over less expensive DIA links offering affordable bandwidth; the rise of hybrid cloud; and an ever evolving enterprise WAN infrastructure. Secondly, the demand of consumers and users for connectivity – are reasons that has challenged enterprises to take WAN transformation very seriously. Enterprise IT is now tasked with utilizing the best in breed available technologies to accelerate WAN performance. For example, choosing among technologies like SD-WAN, WAN optimization and thereby providing the best possible feature set.

In trying to ensure essential networking technologies to accelerate WAN capabilities, IT comes across various notions widespread across the binary world. Does WAN optimization work in the age of SD-WAN? Did SD-WAN kill WAN optimization? Or “Software Defined Wide Area Network (SD-WAN) is the ultimate killer of WAN optimization” –these are common statements, the ICT world has been hearing it on the grapevine.

It’s time to clear the air.

WAN Optimization back THEN!

As enterprise evolve further into the digital world, SD-WAN continues to remain the de facto network technology. The contrast is being noticed when WAN transport technologies are considered. Enterprise WAN optimization adoption shows a contraction in their usage in recent years. However, the reason behind this is not SD-WAN. The shift towards a holistic approach to networks among technology linchpins, is the primary reason SD-WAN adoption in enterprises.

Secondly, as bandwidth constraint decreases; become highly available at a cheaper price, techniques like data de-duplication or compression to balance lower capacity links is no longer the most “sought out” goal. Similarly, other WAN optimization techniques like TCP optimization of proxies and application-specific proxies also are becoming less applicable. Cloud ready networks of the modern era have not only reduced latency but have also decreased the need of these once required WAN optimization techniques.

It takes two to tango

There’s no doubt that SD-WAN has emerged as the game changing network technology in the cloud era. But alongside SD-WAN, WAN optimization still remains a choice for network administrators to make network experience bespoke. Both the technologies – SD-WAN and WANop – are helping networking administrators to address different sets of problems. Both WAN optimization and SD-WAN are crucial for optimum WAN performance.

Let’s consider one example of Lavelle Networks deployment scenario in one of India’s largest financing enterprise operating globally. WAN optimization is deployed in regional hubs and SD-WAN is deployed to leverage low cost broadband links within the region/local area. By adding one or more locations as a regional/local branch they connect with global MPLS. In this case, WAN optimization is deployed to transmit traffic to another region, using links prone to latency. Using WAN optimization Network administrators can mitigate latency effects and also benefits from compression and data de-duplication techniques.

Now hear from the horse’s mouth

“These are all wrong statements. The basic parlance of SD-WAN is – Centralized Control, Hybrid WAN, Security and Dynamic path selection. SD-WAN tells you which application flow should be sent on which (all) paths – (there can be more than one path used for a single application flow in SD-WAN world of Dynamic Path Selection). SD-WAN helps you not only to sense accurately (and timely) the most important transport characteristics of all the possible paths, but also it has the ability to sense the application flow’s transport requirements, and thereby it always guarantee that the packet of the right flow is sent on the right path. This is where SD-WAN’s Dynamic Path Selection comes into the picture.”

He continued “Now let’s say you are at a branch location. You have more than one available paths to send traffic. Now say SD-WAN has selected a “best possible” path for a TCP application flow. However the path has a delay of X, which is not the best for that application transport, but SD-WAN has no choice apart from selecting that path, as either there are no other viable paths available or all the other paths have greater delay than the chosen path. Now, imagine that you also have WAN optimization enabled on your same branch WAN gateway device which is providing SD-WAN. This is precisely where WAN optimization is very effective as WAN optimization has the ability to mitigate the “regular adverse” effects of delay/drops etc. of a transport path. So with SD-WAN coupled with WAN optimization, the application flow will be transported on the same path, however, the end-user who is running the application will not notice the adverse effects of the delay of the transport path, and instead, for him/her it will appear that the application is running smoothly. Finally, this is what the end-goal of majority of so-called optimizations – i.e. enhanced QoE of end-users.

None of these questions are right. The truth is, both the technologies need to coexist within the same device. For example if WAN optimization is trying to reduce the Bytes and optimizing TCP, but later SD-WAN changes the path, we are impairing the effects of WAN optimization, or in other words if SD-WAN is selecting a path and WAN optimization is reducing the bytes for the available capacity of WAN link gets mangled, or the sensing of the right characteristics of how much utilization is happening on the path becomes a wrong calculation for SD-WAN. Therefore the need of the hour for enterprise IT teams understand how to achieve a perfect synergy using two powerful networking technologies – SD-WAN and WAN optimization.