Virtualization: The Core Of Modern IT Infrastructure And The Key To The Future

Blog » Virtualization: The Core Of Modern IT Infrastructure And The Key To The Future 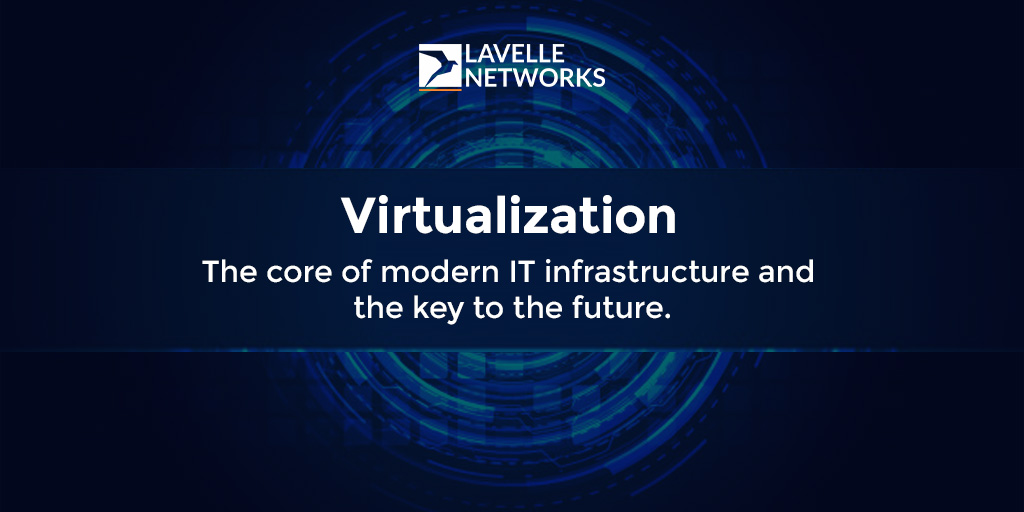 Why without virtualization, the modern IT world would have not been the same as it is today – Digital?

It was the 1960’s when the evolution began with one of IBM’s first attempts at virtualizing mainframe operating systems using CP-67 software. This was the beginning of the virtualization market. With virtualization, IT now had the power to maximize hardware utilization by running many applications simultaneously at once. Virtualization added cost benefits and enabled efficient utilization of IT resources.

Traditionally each server did one job at a given time. This was done to keep hardware and software problems on one machine from causing problems for several programs. Each machine had to run individual tasks on individual servers: 1 server, 1 operating system, 1 task. It is here where virtualization made a difference. With virtualization now, it was possible for IT to split an individual server into 2 unique ones (virtual servers) capable of handling independent tasks.

But there were several problems with this approach. The first is that in this approach, most servers only use a small percentage of their overall processing capabilities. Each server was used at just a fraction of their running potential. Setting up these servers required a lot of physical space and as enterprise networks grew larger, configuring these servers became complex as well as cumbersome. Maintaining data centers become complex as servers consumed a lot of power and generated heat.

In its strict sense virtualization is the process in which the virtual part of a computer system in a layer is abstracted from the actual hardware. Commonly virtualization refers to running multiple operating systems in the computer simultaneously.

The most common type of use case is to run applications of a different operating system (OS) in another OS. Let’s say, for example, running Linux applications in windows. In the case of servers, virtualization allows administrators to split a particular server (e.g. web server) into two unique ones. These servers are capable of handling varied independent tasks efficiently. Using virtualization, the host can run any program or application in isolation with other programs running aside the VM.

In today’s IT world virtualization is used in data centers to abstract the physical hardware and create an amalgamation of computing resources. These resources primarily include CPUs, memory, disks, file storage, applications, networking and so on. In other words, this vast pool of logical resources is nothing but agile, scalable, consolidated virtual machines VMs that are offered to users. Even though the technology and use cases are continuously evolving, the fundamental meaning of virtualization remains the same i.e. enabling a computing environment  (Virtual) which will allow running multiple independent machines or systems simultaneously at the same time.

How Does Virtualization work?

Once the VMs are configured on top of the Hypervisor (the software), applications and operating systems are assigned to individual VMs. it’s the Hypervisor that helps these VMs to interact with the hardware and caters to the needs of each VMs by assigning required underlying resources like memory, storage, processors, and networking for ultimate performance.

Workload and computing activities within a virtual environment are known as Virtual Machines or guest machines.  Virtual machines have access to all resources. But VMs have limited access to the host machine’s CPU and memory; storage; as well as any devices such as video cards, USB devices, or other hardware that are shared with the virtual machine.

Learn why ZTP is necessary and how it works. Download this e-book to find out more.

x86: The Revolution in Virtualization

The partitioning concepts developed during IBM for its mainframe project later served as inspiration for x86 servers in 1999. The X86 server was no less than a revolution in the world of IT and was one of the major breakthroughs in the history of IT.

By the 90’s enterprises, leveraged servers and single-vendor IT stacks, which limited IT to run traditional applications to run on hardware provided bt a different vendor. As enterprises upgraded their IT resources and environments with economical servers, operating systems, and applications from a variety of vendors, the physical hardware was never used to its full potential. Remember? —each server could only run 1 vendor-specific task.

This is where virtualization made a difference. Enterprise IT could now partition servers and also run legacy apps on multiple operating systems and versions. This reduced the server costs associated with the purchase, set up, cooling, and maintenance.

Load balancers provide enterprise IT teams the flexibility to add or subtract servers as per the demands of the business.

Why the world wouldn’t have been the same without Virtualization?

Virtualizations offer numerous benefits to IT which includes a reduction in costs, efficient utilization of resources, better accessibility and minimization of risk among others. All of these benefits point to the fact that virtualization presents a win-win situation when it comes to helping companies maintain a competitive advantage.

Although virtualization has come a long way it continues to evolve. In the age of digital, while virtualization helps in creating multiple simulated environments or dedicated resources from a single, physical hardware system, cloud are IT environments that abstract, pool, and share scalable resources across the enterprise network. Without virtualization, the digital world would not have come to fruition at all. Cloud and Hyperconverged Infrastructure would have still been a matter of the future.

IT would have struggled to keep pace with the growing number of applications and workloads. For each application, IT would have required separate severs and necessary resources. Speed, Scale, and flexibility would have continued to be a challenge for enterprises and maintaining data centers would have been a costly affair.

In our next blog, we will discuss the different types of Virtualization focusing on Network Functions Virtualization and few interesting use cases of NFV. Until then can you tell you visualize the world today without Virtualization? Comment below.