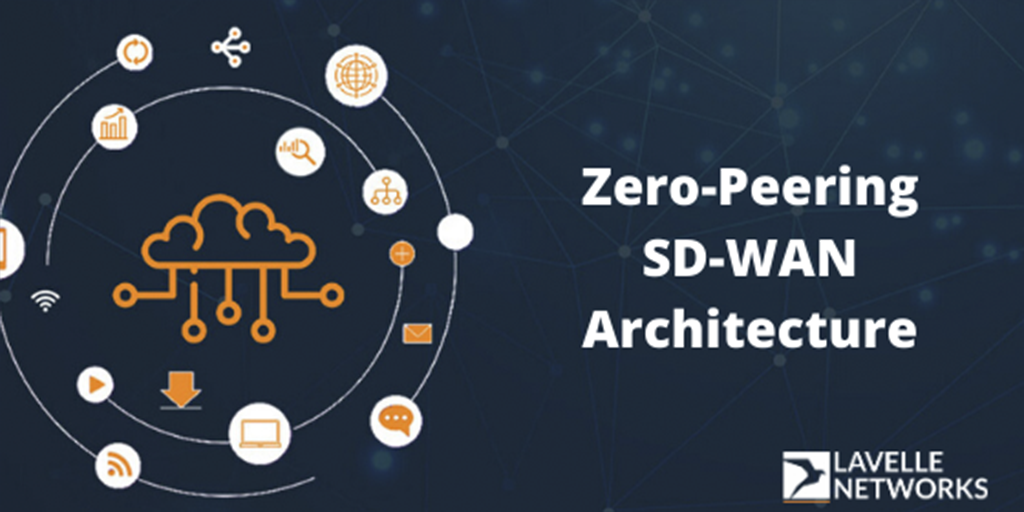 It might be surprising to read or hear the phrase “Zero Peering” from a Networking company. While everybody in the networking field is always talking about Peering, Peering, and more Peering!

And hence, it is normal to have questions like – Why are we talking about zero-peering? What do we mean by zero-peering? How is it even relevant to the enterprise connectivity?…and so on. In this article today, we are going to answer all those questions and more on our Zero Peering Architecture. Starting with something very close to our hearts:

“Lavelle Networks believes in delivering the best enterprise network experience for every user, on every device, for any application, on any cloud. We believe that by doing this we will enable every customer to take their business to every location on the planet they wish to, because we will be there to ensure their networks can scale, are always accelerated, secure, simplified and always ON.”

Why is Zero Peering Architecture important?

Delivering the best enterprise network experience needs scrubbing off a lot of old school practices. And Networking field has been carrying the conventional for so long now that the unconventional sounds weird at first sight, just like the idea of Zero Peering architecture. Coming back to our vision, as we drilled down the Vision and started focussing on the Precision of achieving the best enterprise network experience, we discovered tons of conventional dominion that the network architectures had been carrying from the past. And because everybody was doing it how it was done before, it was congenial for networking companies to abide by the same old practice. For instance, the control and data plane peering and how tightly the two are coupled in various Networking products. We saw this cohesive peering between control and data plane in the SD-WAN architecture as a barrier to achieve the best network experience especially in distributed enterprises where the uptime probability of any component is really difficult to estimate. If you have a controller and various network edge devices spread across all the States and Union Territories in India across tier 1, 2, and 3 cities including remote areas where WAN options are limited and flaky- do you think a tightly coupled system will be the right thing to choose? And that’s the train of thought that led to the discovery of a Zero Peering SD-WAN architecture.

Zero Peering refers to an architecture where the Control plane (Controller) and Data plane (Network Edge devices sitting at your branch) are decoupled in such a precision that the dependency on Data plane to function and take control of its own activities is minimal on the Control plane. Even in the instance of Controller failure due to any reason, your distributed edge network will work as-is and would not lead to any network outage. And there is not just one capability in our ScaleAOn that led to this superpower! There are many intricate and precise ideas that are in action to support this. Some of them are:

ScaleAOn- The only SD-WAN with Zero Peering Architecture- Making it the Fastest and most Scalable Network Solution!