The Growing Relevance of Satellite Communications in India

Blog » The Growing Relevance of Satellite Communications in India 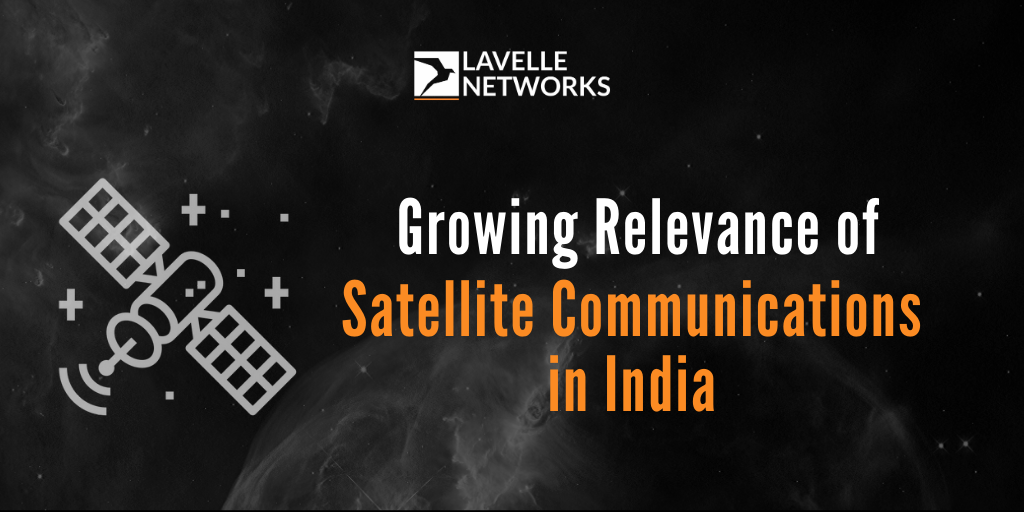 The recent launch of four High Throughput Satellites (HTS) promises to bring about a paradigm shift in the use of satellites for communication needs in the country.

Three of these satellites, GSAT-19, GSAT-29 and GSAT-11, were launched last year. The fourth satellite, GSAT-20, which may be used to provide connectivity to the state of Jammu & Kashmir and the North-Eastern states and to enable in-flight connectivity, is likely to be launched in the coming year.

Indian Space Research Organization (ISRO) believes that the launch of these communication satellites will enable Indians to enjoy ultra-high-speed broadband of 100 Gigabits per second (Gbps). The users will be able to experience applications that demand high-bandwidth and reliable coverage without a network glitch.

The satellite communications promise to improve internet speeds, which will further the growth of the economy and can play a crucial role in using the internet to address social issues as well. However, it is not just speed, satellite communication systems can play a crucial role in meeting the ever-growing demand for broadband connectivity, especially so in the remote and unconnected regions.

India typically uses terrestrial infrastructure, a mix of optical network and wireless networks to provide broadband in homes and offices. However, the country has varied topographies with vast stretches of rural and unconnected areas. It is a challenge for the service providers to provide connectivity in these areas.

Typically, communication service providers are reluctant to set up a network in remote areas because of the high cost of network deployment and maintenance. Further, the return of investment is spread over a longer period of time and sometimes the returns just do not justify the spend on the network deployment and regular maintenance. The dynamics of providing connectivity in rural and remote areas are very different from those of urban areas and the network strategies which work in urban areas are not suited for the rural areas.

Over the last few years, satellite communications have emerged as a perfect technology to address these issues. It can easily and quickly provide connectivity in challenging geographies like mountainous Himalayan region, remote areas of Ladakh or Andaman and Nicobar islands. Satellite backhaul can quickly enhance a network’s capability to handle ever-growing data traffic. The technology can also be used to provide the internet on oceans and it is believed to be the most reliable network in the unfortunate occurrence of a natural disaster.

“It costs ten to twenty times more to connect the last 10-20% of the remote and distant population through terrestrial technologies as compared to that using satellite. The cost of the roll-out of terrestrial technologies increases exponentially with the degree of remoteness. Satellite-based broadband is most suited for such topographies,” says the recent report, Liberalising Satellite Communications in India: Opportunities for Enhanced Economic Growth, developed by Broadband India Forum and ICRIER. Bharat Broadband Network Limited project, the world’s largest project to provide rural broadband, also uses modern satellite technology to provide connectivity in remote and rural areas.

A combination of terrestrial and satellite communication technologies can be used to ensure world-class broadband to people from all sections of society for the overall social and economic growth of the country.

Traditionally, the satellite systems have been used for broadcasting, but this is set to change with the 5G. Satellite communications technology is all set to grow in relevance in the upcoming 5G era. The global standards body, 3GPP has included the role of satellite communications in its forthcoming release on 5G. The use of HTS has enabled satellite capacity to increase to up to 1 Tbps, which has brought down the cost of delivering satellite broadband services.

Satellite coverage adds value to the mix of access technologies for 5G, which is especially relevant for mission-critical, disaster management and industrial applications where ubiquitous coverage is required.

ISRO has played a crucial role in developing satellite capacity in the country. The Indian National Satellite System (INSAT) is one of the largest domestic communication satellite systems in the Asia Pacific region. ISRO deploys satellite communications technology for several applications, including tele-medicine, railway signaling, navigation, tele-education, and disaster management services, which have direct socio-economic benefits.

Going forward, the ISRO is likely to launch many more satellites that promise to ensure better broadband user experience and to provide crucial connectivity in remote areas. It would not be wrong to say that satellite communications can play a central role in addressing the problem of the digital divide and turning the vision of Digital India into reality.

5G will open several opportunities for the satellite industry. Right from connecting base stations in remote areas to complementing the regular network with satellites to provide ubiquitous coverage, it is going to be an integral part of the 5G networks. The mobile network operators will also be able to use satellite connectivity to offload their terrestrial networks.

Further, the 5G standardized service orchestration and adoption of Network Functions Virtualization (NFV) and Software-Defined Networking (SDN), will make it easier for the satellites to be easily integrated with the connectivity service provider.

There is little doubt about the relevance of satellites in the 5G ecosystem. It is for this reason that they are included in the 5G standards. Using them in the 5G network will involve close interworking with terrestrial mobile networks. The satellites will need to use network orchestration, virtualization,  and slicing to provide a seamless 5G connectivity.

Why Enterprises are replacing Routers with SD-WAN?
How will SD-WAN shape the world of networking beyond 2020?