SD-WAN vs MPLS in the cloud era

Blog » SD-WAN vs MPLS in the cloud era 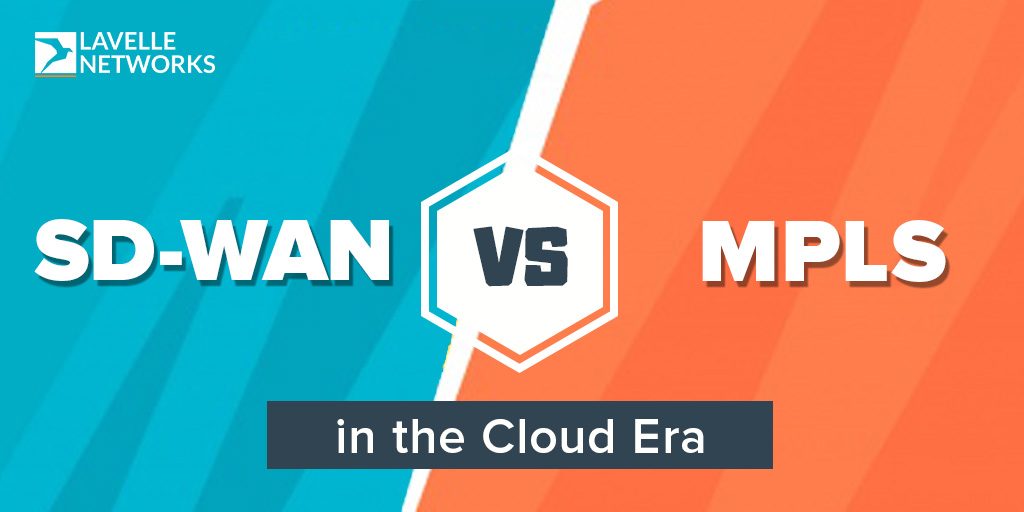 Worldwide enterprises are rethinking WAN strategy. Keeping in mind the long term demands of digital transformation (DX), enterprises are turning networks more flexible and agile for seamless access to cloud. In the era of edge, pressure on enterprise WAN is tremendously high. Added, the security threats, demands of the netizens, and evolving multi cloud ecosystem. All have set multi protocol label switching (MPLS) out of the consideration list for most digitally matured enterprises. The emergence of software defined wide area networks (SD-WAN) being other reason which added credence to the MPLS downfall.

There’s no doubt that SD-WAN is the biggest leap in the networking industry. It not only promises greater operational agility but business resiliency and higher quality of user experience as well. Moreover, to lay the foundation of digital transformation (DX), CIOs first need to upgrade enterprise networking capabilities. Otherwise, embarking on new age technology and creating a data-driven environment is next to impossible. Lets weigh into few differences between SD-WAN and MPLS –

Using MPLS, additional management and monitoring tools is required to gain visibility of network and application performance. On the other hand, SD-WAN solution not only provide granular visibility to network intelligence but also allows networking teams to prioritize application according business intent.

Earlier networking was hardware centric and manual. Networking teams stored applications, data and services within a private DC. Enterprises relied on remote access solutions to connect with remote locations/branches/employees. MPLS or MPLS VPN was the preferred choice for enterprises to connect. But as Public internet maturated alongside advancement in networking solutions, low performance, latency and packet loss made MPLS insignificant.

Enterprises relying only on MPLS failed to cope with the changing demands of enterprise businesses. Network became rigid and lacked agility and flexibility to counter requirements for successful transformation to digital. Added the rising WAN complexities and costs made MPLS a bottleneck for most enterprises. MPLS was built to establish secure connection between two endpoints; it was never meant for Cloud connectivity. If used to access cloud, MPLS results in high costs to access cloud. It backhauls enterprise cloud traffic in DCs and as a result user demands rises in other private connections.

Catering to cloud based applications requires heavy bandwidth. Using MPLS, it costs humongous for enterprises to meet the demand for the same bandwidth. On top of that MPLS doesn’t provide encryption. It could only be used as a Virtual Private Network (VPN) which would fence enterprise network from the Internet. In this case connecting MPLS with new age technology, devices and applications becomes unsecure. It raises questions on security and cyberattacks. On the contrary if you’re not running business-critical, real-time applications over the WAN (i.e. your phone calls, video conferencing or remote desktop), MPLS is still the best option for this traffic type.

Hybrid WAN – The way ahead

Hybrid WAN has opened new doors to optimize enterprise network at its full potential. 76% of top IT professionals say SD-WAN is the solution to Digital transformation.

The comparison of SD-WAN and MPLS has been a hot topic in 2018. While enterprises are trying to match up WAN capabilities with the dynamic business requirements, the concept of Hybrid WAN is on the rise.

The advent of SD-WAN has allowed IT to leverage MPLS in different ways. Enterprises today leverage MPLS as well as Internet at the same time. Not only MPLS, SD-WAN allows companies to leverage connections – MPLS, leased line, 3G/4G, private WAN address, public WAN address, ephemeral WAN address – of all sort. This phenomenon is also known as Hybrid WAN.

It’s a sensible way to reduce traffic from MPLS putting it on public internet along an assigned gateway. At the same time, use MPLS for critical applications that require guaranteed delivery. According to a study, 97% of CIOs revealed that they are looking for hybrid WAN as a solution in the future while the rest aren’t very sure about it.

When comes to comparing both MPLS and SD-WAN, there’s now only one challenger to SD-WAN in the cloud era, and that is SD-WAN itself. With features like centralized management, automation and intent based networking, SD-WAN is just the beginning to whole new world of possibilities. SD-WAN can help IT reach their goals along modernizing branches/mobile work forces provide a broad spectrum of services to customers at sustainable costs. Here’s an E-book you can download to unfold more about SD-WAN.