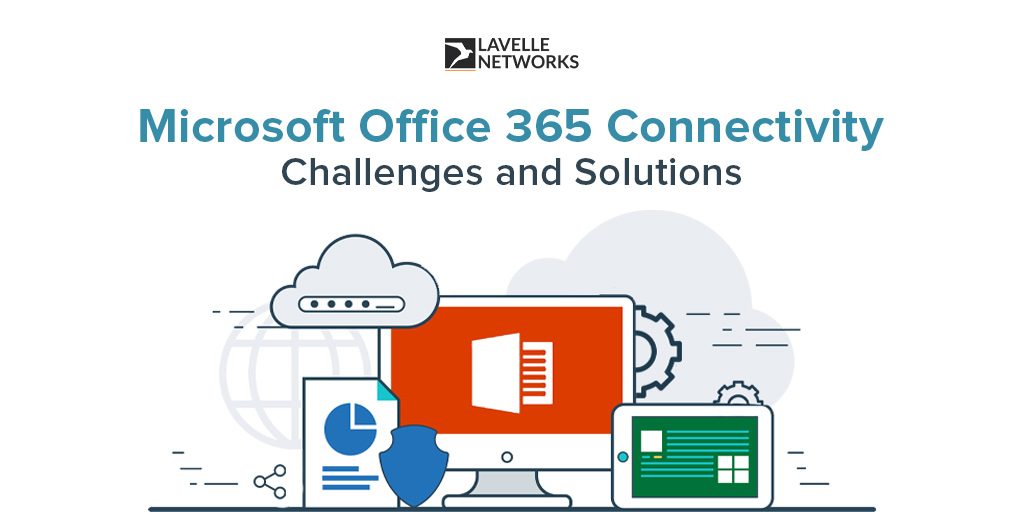 Are your employees complaining about Microsoft Office 365? Are your branches struggling for superior application experience, across all locations? It is time, you put an end to all Office 365 connectivity, performance and security challenges.

Office 365 is one of the world’s favorite applications. Consumers love it, while enterprises benefit from a diverse range of services. For example Skype, Onedrive, Sharepoint, Exchange, Outlook and Project. It is no surprise as to why 91 percent of the Fortune 100 enterprises leverage Office 365. Every one out of five corporate employees uses an Office 365 cloud service.

Digital transformation continues, as applications too are going through the test of transformation. Even the world’s favorite application – Office 365 – has its share of criticism. Office 365 performance and connectivity has been a major point of discussion for a while now. In most cases, the problem IT leaders are highlighting is the performance aspect. As in even after shifting to the internet, office 365 is failing to put up an adequate performance. That too, post increasing firewall and network bandwidth capacity. Secondly, even though Microsoft SLAs guarantee 99.9% uptime, enterprises are struggling to achieve so. The third challenge is Quality of Experience (QoE). Most networking teams are finding it hard to ensure the end-user experience. May that be enterprise mobile workforce, internal employees or branches, users are left frustrated with a slow Office 365 performance. So how can your networking team achieve 99.99 percent uptime and deliver a bespoke Office 365 experience at branches across locations?

Ongoing digital transformation has highlighted several Office 365 connectivity challenges. One of the key challenges is the traditional network infrastructure. Before the advent of the cloud, applications remained in-house at fixed locations. A well-defined perimeter protected it. WAN optimization techniques helped to enhance user experience. Techniques such as TCP optimization, compression and caching. This worked well with small capacity WAN links. Using WAN optimizers was cost-effective as well. This is because the cost of bandwidth was high when compared to the cost of deploying WAN optimizers. Enterprises used WAN optimizers across all its locations, world-wide, to make WAN efficient. But today WAN optimization techniques have become irrelevant. The cost-benefit of deploying WAN optimizers in today’s world is no longer valid. The scenario today is different. Cloud and the Internet have transformed it all. Enterprises today are powered by much more flexible, agile and application-aware WANs.

“WAN is about connecting people and applications, and the most fundamental construct of connectivity is Bandwidth.”

Managing cloud traffic on a traditional hub and spoke network infrastructure is irrelevant today. Not long ago, enterprises based Microsoft Office Exchange Servers and other applications on-premise. Traffic was backhauled for remote sites and mobile in the data center. That’s how remote locations, branches, and mobile workforces got access to the network. Today services are on the cloud. Like Microsoft Office 365 which is a subscription-based cloud service. Its the same service that Microsoft advertised as a standalone software product earlier. Hence backhauling traffic to data centers today can create latency. And latency is inimical to QoE. It results in frustrated users, impeded applications and delayed deployments.

Traditional MPLS links resulted in poor user experience and made upgrades costlier. Using MPLS, applications – such as Microsoft Office 365 – delivered low performance. Low performance as a result of latency added by centralized gateways. Cloud traffic continues to surge across the globe and so as applications. Enterprise networks are witnessing a persistent increase in the number of connections. This has put massive pressure on enterprise WAN.

Office 365 requires a constant supply of bandwidth to perform. All its services depend heavily on the Internet. And as we all know public internet is unpredictable. It can often result in traffic congestion, packet loss, and latency. Traffic congestion and latency challenges network teams every day. There are various factors that contribute to high latency. In the case of office 365, latency impacts traffic between the client and the destination. The first factor that contributes to latency is SSL encryption. Used to secure Office 365 traffic, it is one common reason why latency increases. If traffic is SSL encrypted, proxy servers/devices run SSL packet inspections. This delays the traffic to reach its destination.

Two scenarios can take place when proxy servers route this traffic. In the first scene traffic is directly routed to its destination with distorted packets. In the second, it will again create the proxy TCP connections. This adds up to high latency. Secondly, the lack of dynamic routing capability. Office 365 architecture demands public internet to connect enterprise branches/mobile workforces globally. Intelligent routing requires dynamic abilities to route traffic even if the link goes down. Lack of dynamic traffic routing can easily lead to traffic congestion and result in low user experience.

The third challenge is an end to end application visibility. Enterprises optimize several applications every day. Failure of any Office 365 services can have serious consequences on daily business operations. In particular, it can impact employees working mobile/in branches. Hence it is imperative for networking teams to have clear visibility – Devices, Users, Usage, Firewall and so on. In the case of major outage or attack, granular visibility of the network can help IT address and fix the failure before it impacts others. Sans network transparency, IT networking teams are vulnerable to security threats. Moreover, if network teams are not able to segment office 365 traffic at a granular level, such traffic is difficult to secure. And sans security, scaling networks becomes a challenge. A plethora of devices, applications, and users, there’s a growing need to secure endpoints today. This has necessitated a change in the way we segmented traffic traditionally. in the cloud era, it is essential for enterprise IT teams to identify and secure (endpoints) that matters. It will help IT ensure zero threats from large application deployment in the cloud.

The final challenge is to scale and deploy Microsoft Office 365. The rapid changes due to digital, demands a flexible network which can be scaled, deployed or redeployed without hassle. In terms of traditional network architecture, the model itself is rigid, hence expecting flexibility is surreal. And in a modern multi-cloud IT ecosystem these challenges are different. However, advanced approaches like Kubernetes available today to scale and deploy an application in a multi-cloud environment. We leave that discussion with the Kubernetes or containers folks to explain how they can help you overcome app deployment challenges in a multi-cloud strategy.

56% of respondents are employing containers, gateways, app security, and availability are growing in importance. Antivirus, network firewall, SSL VPN, and load balancing continue to remain the top application services currently deployed in enterprises. Critical enterprise applications have no time to recover. They must deliver as per business requirements. Today it’s a challenge for IT teams to be able to deploy and elastically scale enterprise applications and ensures application availability. When required, at any part of the world irrespective of their location.

The Proof: Office 365 Always ON

It is important to understand that there’s nothing wrong with the application – Office 365 – architecture. Blaming the application itself won’t help. Instead, it is critical to asses and plan your enterprise network before deploying Office 365. Refer to the Office 365 Network Connectivity Principles on the official Microsoft website to get a detailed outline of the specifications recommended by Microsoft to improve office 365 performances  But how much clarity you gain from the guideline depends on the current status of your enterprise network. To optimize Microsoft Office 365 effectively, you should first ensure an application friendly WAN.

Applications like Microsoft Office 365 requires network flexible, scalable and secure enough to handle business requirements. And the answer to most critical enterprise application challenges is ScaleAOn SD-WAN. Check out how ScaleAOn SD-WAN helped Godrej Industries scale its applications across the globe achieving a higher QoE, 99.9% application uptime, 15 percent cost reduction for each branch, and an increased bandwidth per user.

Know how Local Internet breakout can help you simplify Office 365 routing, defined policies can route traffic to branch to the Internet, SaaS application traffic and the data center along the best path to ensure higher QoS and QoE. That’s not it. Know how you can improve per user internet bandwidth using ScaleAon SD-WANs Dynamic Path Selection feature to put an end to problems like availability and performance, last-mile link connectivity and more. Know how you can deploy new applications, services, and manage policies across multiple locations, in seconds.

Post you go through the case study, do let us know which ScaleAOn SD-WAN feature impressed you the most.

Lavelle Networks: Accelerating Networks For The Digital Economy
What SD-WAN means for Financial Services Industry in 2020 and Beyond?