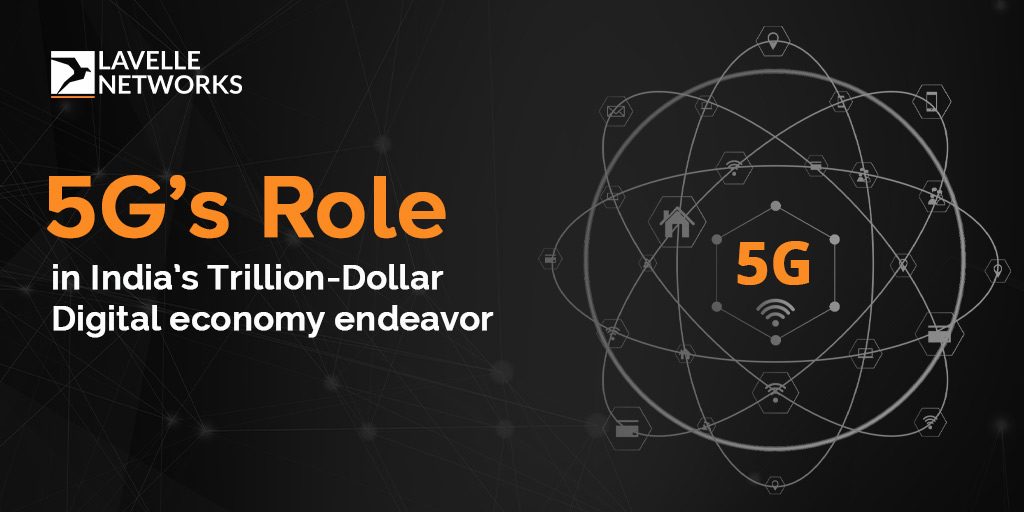 India’s digital economy is expected to reach USD 1 trillion by 2025. Although there are infrastructural and geographical challenges, the country is all set to welcome 5G this year. What makes 5G an epoch-making technology for the country’s digital goals and ambitions?

5G promises ultra-high-speed broadband both for consumers as well as enterprises. Unlike 4G/3G, 5G will allow end-users to download gigabytes of data in seconds. Besides speed, 5G networks will allow enterprises to scale seamlessly. ICT teams will be able to add more devices to the network. 5G is envisaged to brisk up existing technologies creating new use cases in various industries.

What 5G means for enterprises?

5G is expected to deliver faster speed (10 Gbps which is 10 times faster than 4G) and lower latency (1 ms which is 50 times lower than 4G). It will also act as a catalyst to several new-age technologies such as network slicing, mobile edge computing, service-based architecture, software-defined networking /NFV and, cloud. By enabling an agile and reliable ICT infrastructure, 5G will help enterprises to address the new service requirements of the ultra-high-speed era of digitization. 5G offers key benefits to not just the enterprise segment but also for the consumer segment. In both cases, end-users will benefit from bespoke experience with much-improved network performance, network congestion, and more home broadband choices. Using 5G, enterprises can use bandwidth-intensive applications and other ICT solutions without experiencing any network glitch or latency.

Not just higher bandwidth and lower latency, 5G will enable robotics, automation, mixed reality, and many more ICT applications. It is already revolutionizing the Internet of Things (IoT and IIoT), by making everything connected, processed and digitized. Edge computing is already proving its worth in the Internet of Things by processing and analyzing data both at the central and edge locations. Further 5G opens up new possibilities through use cases in enterprise location-based services, telemetry, and preventative maintenance. In all instances, the end-user experience improves dramatically. Alongside, 5G also complements other emerging technologies such as AI/ML, robotics and IoT helping enterprises carry digital initiatives successfully.

By facilitating an ecosystem where things, people and technology, are connected all the time, 5G is poised to fuel India’s digital economy. This will help enterprises to establish a plethora of use cases, including smart cities, smart agriculture, and public safety agencies. Hence 5G will not only help ICT to overcome limitations of current technologies but will also boost cloud, IoT and mobile applications.

The state of 5G in India

“Expected to reach $4.7 billion in annual spending by the end of 2020, private LTE and 5G networks are increasingly becoming the preferred approach to deliver wireless connectivity for critical communications, industrial IoT, enterprise and campus environments, and public venues. The market will further grow at a CAGR of 19% between 2020 and 2023, eventually accounting for nearly $8 billion by the end of 2023,” says a SNS Telecom and IT report, The Private LTE and 5G Network Ecosystem: 2020 – 2023 – Opportunities, Challenges, Strategies, Industry Verticals and Forecasts. The next few years will see an increase in the number of private LTE and 5G networks around the world.

5G connections in India are forecast to reach 88 million by 2025, equivalent to around 7% of the total connections base in the country. Various business verticals have already started to witness the benefit of using private LTE or 5G networks for their operations. These industries are using private LTE and 5G to move from voice-only networks to start leveraging media and applications for better communication and to use automation for enhancing operational efficiency. Indian operators are currently investing heavily in their LTE networks. Jio has built a greenfield LTE network over the last four years, while Bharti Airtel and Vodafone Idea are investing in adding coverage and capacity to their LTE networks. All the operators are therefore deploying the most advanced versions of LTE which should enable an easier and more cost-effective migration to 5G. Bharti Airtel and Jio are deploying LTE Advanced, which uses carrier aggregation to increase data speeds. Vodafone Idea is deploying massive MIMO in several cities while looking to increase the ‘cloudification’ of the network core and trialling software-defined networking (SDN) and network function virtualization (NFV) as it looks to ready its network for 5G.

Over the last few years, private LTE has emerged as an attractive technology for private wireless networks across different enterprise verticals. Since it is a virtualized architecture, it brings down the cost to deliver LTE packet cores. Private LTE and 5G network is the foundation of the industrial revolution 4.0. Soon, 5G will be a key part of enterprises’ networks. It won’t be just a cellular technology for employees but will be the primary underlying enterprise network (such as SD-WAN and mobile branch) and an enabler for a range of new applications (e.g., AR/ VR, omnichannel). The network management across different underlying technologies (e.g., IP VPN, Ethernet, 5G, broadband) will get more complicated. Hence, enterprises with 5G on their road-map should look for an advanced network management platform to ensure optimum reliability with minimum downtime and efficient use of resources across different network technologies.

Realizing the true potential of 5G, ICT and telcos are already in the process of deploying upgrades in their existing LTE connections. This in result has also opened up opportunities for a plethora of new services. The new features and specifications released with every new LTE upgrade enable telcos to reduce cost (CAPEX and OPEX) drastically on cumbersome network deployments. On the other hand, greater peak data rates, higher throughput, lower latency, and high connection density allow in improved user experience.

Further, with Software Defined Networking (SDN) and Network Functional Virtualization (NFV), telcos could customize networks as per customer needs. Deployments will happen in no time with reduced costs. This will help telcos to offer services at a lower cost with faster time to market, accelerating innovation.

Several operators and vendors have already entered into agreements and are planning for trials. Here are some of the latest as ongoing tests as per reports

Hence, it is evident that using 5G delivered through Mobile Broadband (eMBB), Ultra-Reliable and Low-Latency Communications (URLLC) and Massive Machine Type Communications (mMTC), India is all set to unfold a trillion-dollar digital economy.

Tell us how you feel 5G will impact your Enterprise?